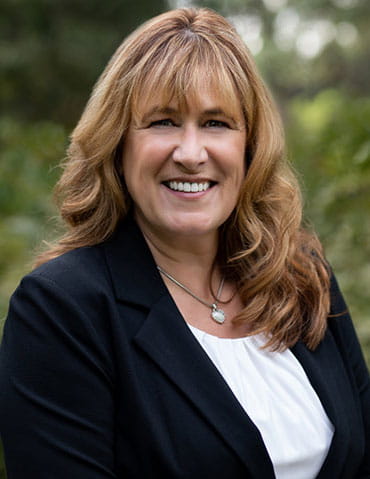 When you call our Auburn office, you’ll be greeted by Jenny’s friendly voice. She approaches each client request and question with a positive attitude and conscientious manner. In addition to serving our clients, she manages all of the administrative and branch operation duties.

Jenny began her career in the financial services industry at Placer Sierra Bank, where she spent 15 years overseeing six branches as operations manager. She later served as the business banking liaison for Roseville Bank of Commerce. After leaving the banking industry, Jenny began working with her husband, Jay, at their office in Roseville, California. They joined Owens Estate & Wealth Strategies Group in 2018 and serve clients from our downtown Auburn office.

Jenny was born and raised in California and grew up in Orangevale and Loomis, California. She and her husband, Jay, live in Roseville, where they raised their children, Emily and Dillon. In her free time, Jenny enjoys quilting, cooking and traveling – particularly aboard cruise ships. She has been quilting for more than 20 years and is very active in the Roseville Quilters Guild.